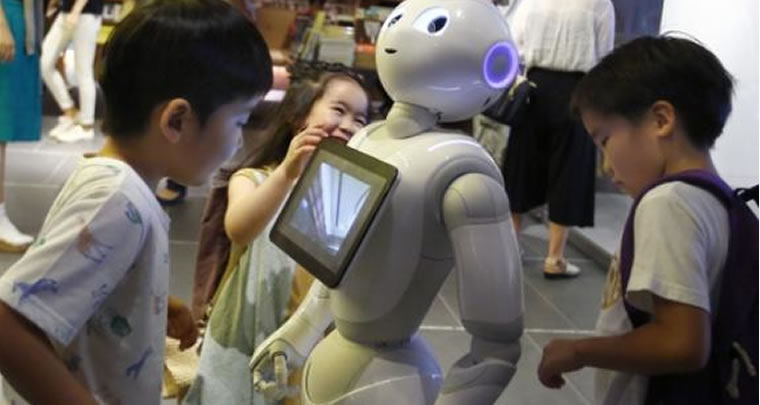 With more inventions and innovations in tech than ever, one may even witness a Bot that will keep us company or possibly make us fall in love.

Now more than ever, emerging technology breakthroughs are outpacing the evolution of public policies and discussions regarding ethics, says the Webbmedia Group’s 2016 Trend Report. As human beings, our evolutionary response to complicated technologies we don’t understand is either to ignore them or to fear the worst, it says.

As a result, 2015 was a year marked by poor decisions made by several companies and governmental agencies, many of which advocated for short-sighted policy. Businesses didn’t work hard enough to secure their data. News organisations published lots of incendiary pieces about job-killing robots and artificial intelligence powered supercomputers which might eradicate our species. Retailers made deals for our medical data. Researchers figured out how to edit and re-implant DNA. Facebook ran experiments on our news feeds.

“Technology can be simultaneously exciting, bewildering, thrilling, confounding and terrifying in the present,” says the Webbmedia Group’s report.

As we approach 2016, it is a good time to look at technologies that will influence consumer behaviour, society, organisations and also give rise to startups to disrupt the market. Here are few of the emerging technology trends collated by Webbmedia Group‘s 2016 Trend Report.

Software applications that run automated tasks are called bots. 2016 will bring a host of creative bots that will supercharge our productivity, keep us company, and possibly make us fall in love. Microsoft’s experimental Mandarin-language bot, Xiaolce, is akin to Samantha in the movie Her. She lives inside a smartphone and has intimate conversations with her users, because the program is able to remember details from previous conversations. She also mines the Chinese internet for human conversations in order to synthesize chat sessions. We’ll see advanced bots manipulating social media and stocks simultaneously. The intelligence community might deploy bots for surveillance and for digital diplomacy.

Did you know that some life insurance underwriters are attempting to assess your personality –– via your magazine and website subscriptions, the photos you post to social media, and more –– in order to determine how risky an investment you are? Some lenders have used personality algorithms to predict your future financial transactions. Algorithms will harness your data in order to assess your predicted success at work, how likely you are to bounce around jobs and more.

Algorithms are coming to runways soon. Startup KnitYak uses elementary cellular automata to create one-of-a-kind scarves out of merino wool. Designs are based on a perpetually-changing algorithm. Similar techniques are being used to create unique fabrics and 3D-printed clothing, shoes and jeans that fit. Within the coming year, robotic 3D printing company MX3D will use tech firm Autodesk’s design system Dreamcatcher to design, print, troubleshoot and install a working bridge.

Artificially intelligent computers are now capable of deep learning using human brain-like neural networks. Facebook is using this technology to automatically generate face prints –– which is like a fingerprint, but using our photos instead. Scientists at the Karlsruhe Institute of Technology developed a deep neural network that can automatically identify people’s faces using infrared cameras –– law enforcement will soon be able to see as clearly in total darkness as they can in the bright daylight.

Cognitive computing systems use natural language processing and artificial intelligence in order to understand our intentions. IBM’s supercomputer Watson is learning how to read and interpret medical images –– a job that was previously reserved for highly-trained radiologists. Watson is also being trained as a cancer expert, which will eventually advise community physicians and nurse practitioners. Working together with Watson, your local pharmacist may begin to offer you holistic advice and interventions.

Emerging predictive analytics tools wrangle your data, behaviour and preferences in order to map your personality –– and predict how you’re likely to react in just about any situation. The U.S.-based startup Crystal culls thousands of public data sources to help you learn about someone’s personality before calling or emailing them. It even offers a kind of spell check for sentiment, autocorrecting phrases and making recommendations so that the message resonates better with your intended recipient.

Expect to hear more about ‘glitches’ in 2016. They’re problems that don’t have an immediate, obvious cause but nonetheless can cause frustrating problems. In 2013, technical glitches caused a three-hour stop at the Nasdaq. Last year, a glitch caused 5,000 United flights to be grounded for two hours. Technical glitches halted trading at the New York Stock Exchange recently. Glitches cause temporary outages –– and big headaches –– for streaming providers such as Dish’s Sling TV, which interrupted service during the premiere of Walking Dead spinoff Fear the Walking Dead. Glitches at Netflix have caused outages and strange mashup summaries for different films. In many cases, glitches have to do with degraded network connectivity or a miscalculation of the bandwidth needed. But a lot of times, glitches have to do with newer technologies.

Right to eavesdrop on and be eavesdropped upon

As we connect more and more devices to the Internet of Things –– fitness trackers, mobile phones, cars, coffee makers –– those devices are having extended interactions with each other and the companies who make them. Our devices aren’t just talking to each other anymore. They’re talking to one another, learning about us, and starting to talk about us. Increasingly, consumers are being left out of the conversation, unable to listen in and make sense of how their data is exchanging hands. A debate over consumer rights will heat up in 2016: should consumers be given the right to eavesdrop on what their own devices are saying?

Drones are now available in an array of sizes and form factors, from lightweight planes and copters to tiny machines no bigger than a humming bird. Soon, they’ll include powerful sense and the ability to fly on their own. In 2016, drones will be programmed to navigate along the path of GPS waypoints and they will make decisions mid-air about the best path to take. This includes when to avoid objects like building, trees, mountains and other drones. As sense and avoid technology become more refined in unmanned vehicles, we will see lots of new applications. Drones will make deliveries, they’ll inspect towers, and they will be used to issue parking tickets. Micro drones will autonomously navigate through tiny spaces to investigate collapsed buildings or areas with hazardous materials. A military drone could be programmed to find and hit a human target and report back to base, all on its own.

In 2016, virtual reality headsets will finally hit the mass market. Virtual reality is a computer simulated environment. It can stimulate sensations of being physically present in the scenes a user is viewing. The year 2016 will be an important year for the virtual reality community. There will be enough opportunities for consumers to use them outside the gaming world, like in films, documentaries, military training and even financial services.

Softbank’s humanoid robot Pepper went on sale in Japan last June and sold out immediately. It can function as an automated office receptionist or a home assistant for the elderly. In 2016, Taiwan’s Asustek plans to release a humanoid robot of its own.

Israeli startup Consumer Physics wants to put molecular spectroscopy into smartphones so that you can extract information out of your food and pills. This would enable you to scan a piece of chicken in order to search the fat and calories on your plate. Their research also applies to medicine where it can recognise prescription and over the counter drugs in order to spot counterfeits.

We will see a number of companies competing in 2016 to develop gene-editing therapies. But it does not warrant meaningful planning. We probably shouldn’t be working towards a day when a baby’s eye colour or athletic ability can be edited into her embryonic DNA.