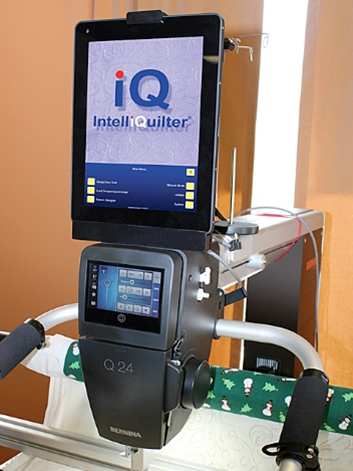 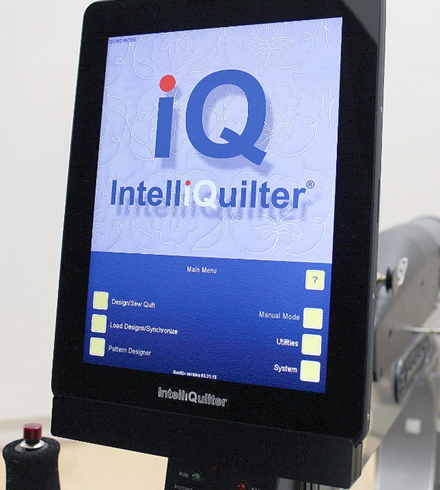 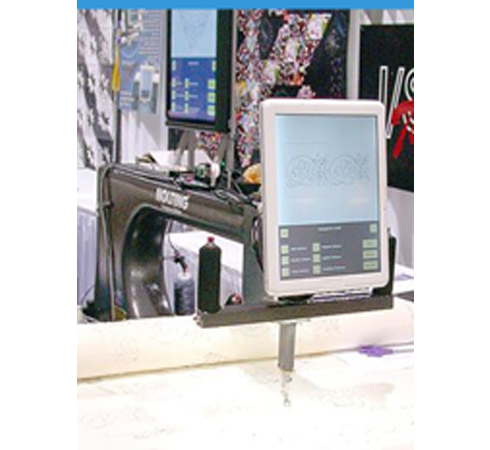 For IntelliQuilter, a US based company that makes quilting machines, the tablet computer is the main controller in their iQ system. IntelliQuilter has chosen Linux over other operating systems for its stability and easy accessibility of the computers’ hardware resources without the operating system interfering with the applications. Installing Linux in tablets with the x86 architecture is a serious task since some x86 implementations don’t allow for a complete Linux functionality.

This is especially true for the latest Intel Atom-driven tablet models. The situation for IntelliQuilter was made even more difficult by how quickly these models, coming mostly from Chinese manufacturers, became obsolete. Very often, by the time they finally succeeded in installing Linux and their application in a new model, they learned that it was not made any more and that some newer model had taken its place.

After detailed research in the market for tablets with non-Atom Intel processors from vendors that offered long-term availability, IntelliQuilter was pleased when the search produced the CETRIX CZ974, a 9.7” tablet with a Celeron processor. The fact that the tablets were offered with an Ubuntu distribution already installed, and that continued production was promised for several years, made CETRIX the ideal vendor for their application. The tablets were also offered at a very competitive price. IntelliQuilter switched to CETRIX immediately. The tablet had another important advantage.

The existence of two full- size USB ports that was critical to their application. For each new tablet model they had to design a different docking station to allow mounting the tablet on the quilting machines. In case of the CETRIX tablet, IntelliQuilter could eliminate the USB hub that was made necessary for the missing second USB port on those tablets. The location of the ports on the short edge of the tablet also made designing the docking station easier.

The first 9.7” Celeron tablets were put through comprehensive testing in the IntelliQuilter factory and at beta testers. During these tests the Celeron tablet showed superior performance to the slower Atom tablets. IntelliQuilter also found other parameters, such as immunity to shock and vibration, relatively low operating temperature, screen sharpness, viewing angle and brightness to be ideally suited for their application. IntelliQuilter was especially pleased that there was no separate BIOS/RTC battery, which on other models required sending back the tablets to them for coin battery replacements that caused additional customer support work for them and downtime for their customers.

The fact that the tablets were offered with an Ubuntu distribution already installed, and that continued production was promised for several years, made CETRIX the ideal vendor for our application.

IntelliQuilter LLC is a family-owned small business. Its predecessor, Kasa Engineering Services was started in 1992. IntelliQuilter produces quilting- related products, such as stitch regulators, computerized systems, mechanical components for quilting machines, quilting tables and frames, etc. that were designed by the founder of the company. IntelliQuilter is a customer service- oriented company, their motto is that “our end-product is a happy customer”. They have sold over four thousand stitch regulators and over 1,200 IntelliQuilter systems to date.