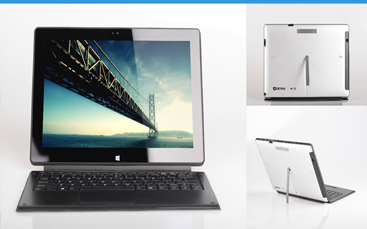 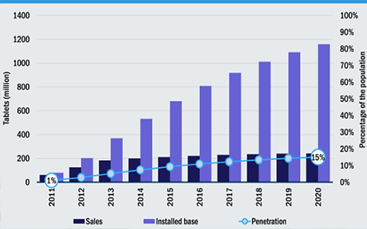 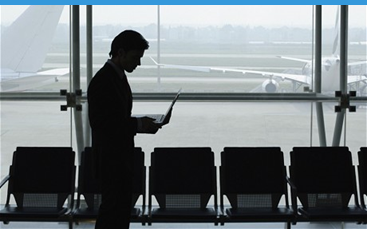 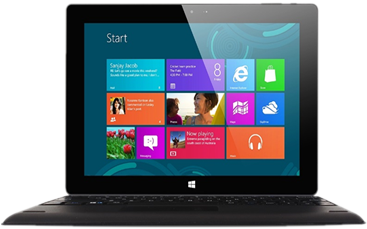 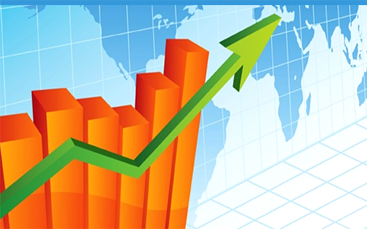 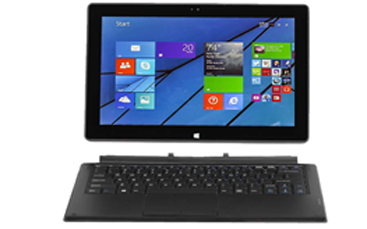 Hybrid laptops, or 2-in-1s, are devices that are able to serve as both a laptop and a tablet, either in a detachable design that sees the touchscreen doubling as a tablet, or a convertible approach in which the notebook’s hinge rotates 360 degrees for a similar effect.

Hybrids are popular. If you can have one device that serves both purposes, why not economize? In theory, a hybrid would be split pretty evenly between work and leisure tasks, the keyboard enabling office suite and other software-driven operations, the screen pulling free for book reading, movie watching and Web browsing. But why has this pretty simple approach revolutionized mobility in the second half of this decade?

Dave is the CEO of a mid-sized manufacturing firm. He spends much of his time travelling between Europe and the Middle East to meet with suppliers and potential customers, the rest in the company’s offices. His Cobalt two-in-one has all the power and features of a regular laptop, allowing him to deal with his overflowing inbox using a full-sized keyboard,or navigate through the spreadsheet of the quarterly accounts with the built-in track-pad. But When Dave’s travelling by car to the airport or waiting for a flight in the business lounge, he can detach the screen from the keyboard base and use the device as a tablet, enabling him to read documents, flick through presentations or even plug in a set of headphones and watch a movie on the Full HD display. “I liked the idea of the flexibility of using the screen separate from the keyboard, which could theoretically address tablet envy and the need for a new laptop at the same time”, he says.

Another hub to hub tripper for business., Shelly, believes this is an “In-between” device that wouldn’t necessarily s”Hybrids have the upper hand for those who like to mix work and pleasure. They can be used like conventional laptops when there are emails to be answered or expenses to be filed, then folded or detached into a tablet configuration when you want to put the plane seat back and watch a movie on the return leg of your business trip” adds Shelly. “If I attend meetings, conferences, or generally leave the office, I grab my hybrid,” says Stewart another hub catcher. “I also use [it as a] tablet when I need to work in wiring closets, as it fits nicely in the tightest of spaces.” Overall, most of the users surveyed seem to end up using their hybrids as laptops first and tablets second.

Users pointed out:
– The traditional advantages you might find in an ultra-book or any touchscreen-equipped with robust OS platforms.
– Others emphasized on the keyboard enabling office suite and other software-driven operations which makes it easy to switch back and forth between programs, while the touchpad offers “the precision of a mouse pointer that stubby fingers don’t provide.”
– Friendly OS platforms and likewise the “fast booting” of the device.
– Many highlight the large display. “I have learned to appreciate landscape mode and really like the way that thumbs are a big part of how I now manipulate the screens, and I also like the way I can bounce back and forth between the keyboard and the touch screen.” – Revolutionary battery life, which blows away that of laptops. With the hybrids , we can use it for a few hours on a day, put it on standby and the battery is not drained when used on the next day or two, this is not so with a traditional laptop which needs to be near an electrical outlet, even when it’s on standby.

– Presentations: “If I need to do a presentation, I can undock the tablet, lay it on the podium, and not have a screen blocking the audience from seeing me.”

Hybrids are the new darling of consumer technology. According to IDC, of the more than 52 million tablets that were sold in the 1st Q of 2015, hybrids sales were the increasing share of this trend. Their rate of growth is impressive and seems unlikely to slow. Dramatic success has encouraged definitive proclamations from industry prophets: Hybrids, a category so small that its sales are not individually tracked, is the real heir to thePC’s throne.

Why do they sell?

Tablets offer a beautiful simplicity to the direct physical interaction with the functionality of the keyboard. Portability –Laptops proved more popular than desktops because they didn’t tie the user to a desk and instead allowed use wherever a person could sit for a few hours at a time. Hybrids take that a step further by offering days of use from anywhere before the battery must be charged. Price – And let’s not forget the price. A hybrid costs no more than mid-range laptops. Hybrids aren’t great tablets, but they can be a HYBRID!

As the processors available become more efficient and more powerful, hybrids will inevitably become thinner and lighter as tablets. These same improvements have also closed the gap in battery life. Large hybrids, like the Cetrix Cobalt with its 11.6″ screen, have overtaken 7-10″ tablets because they have more internal space to dedicate to a battery. Consumers (particularly those on a budget, which is most) will realize that a hybrid offers more value. Hybrids are a step towards a vision of future mobility computing that replaces the PC with a dock-able device that connects to a wide variety of peripherals. Future consumers will forgo a wide range of partially redundant devices in favor of a master computer that can do almost everything.

The future of computing will be a story of convergence, not divergence. Multiple devices will fuse into a single master computer. This will not be tablets or smartphones, which are incapable of replacing modern PCs – hybrids will rise to take on this new role. The tablet will remain, but it will be pushed into low-cost markets or sold as an add-on to a computing ecosystem built around the hybrid. Viva la hybrid!